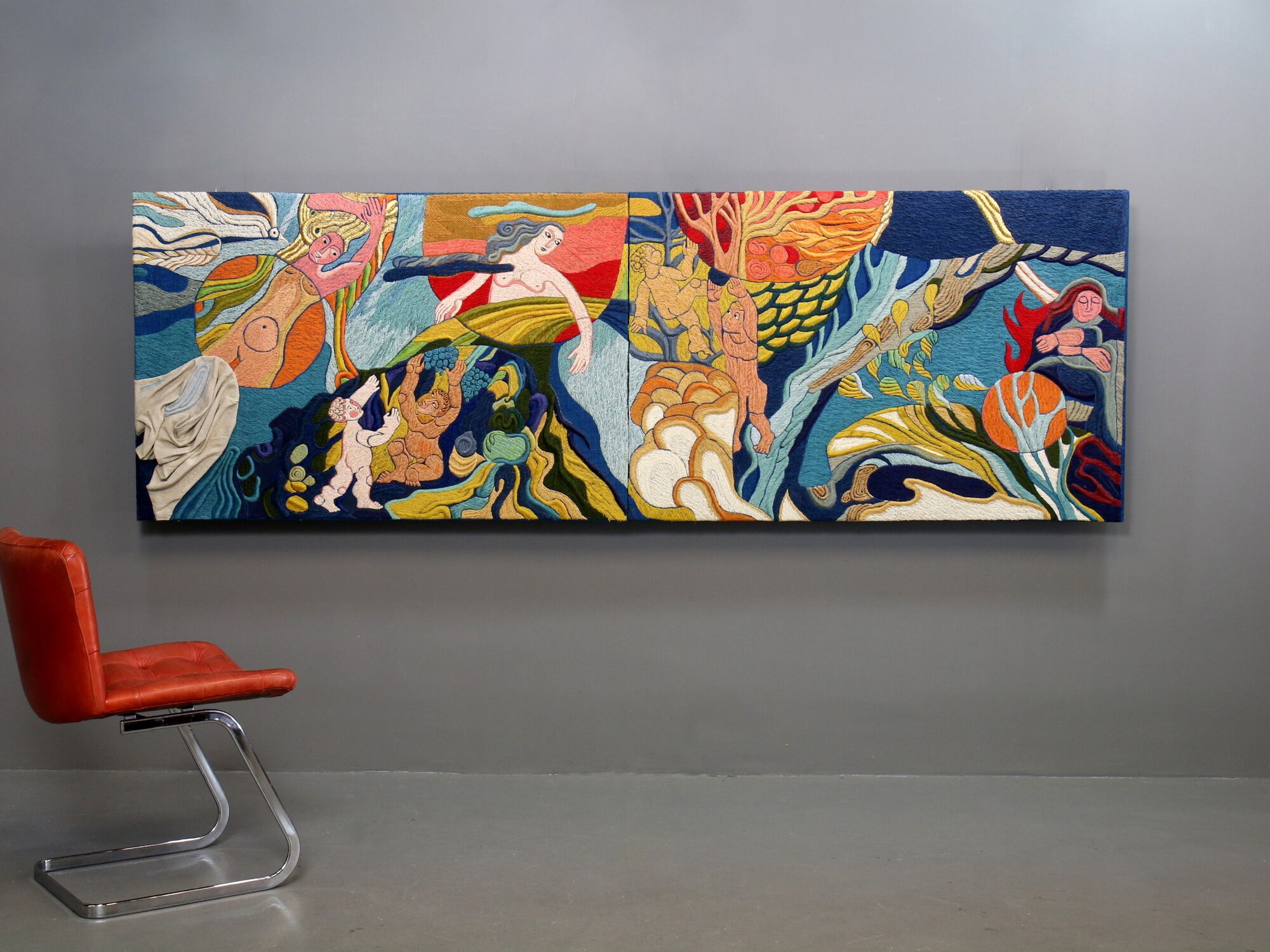 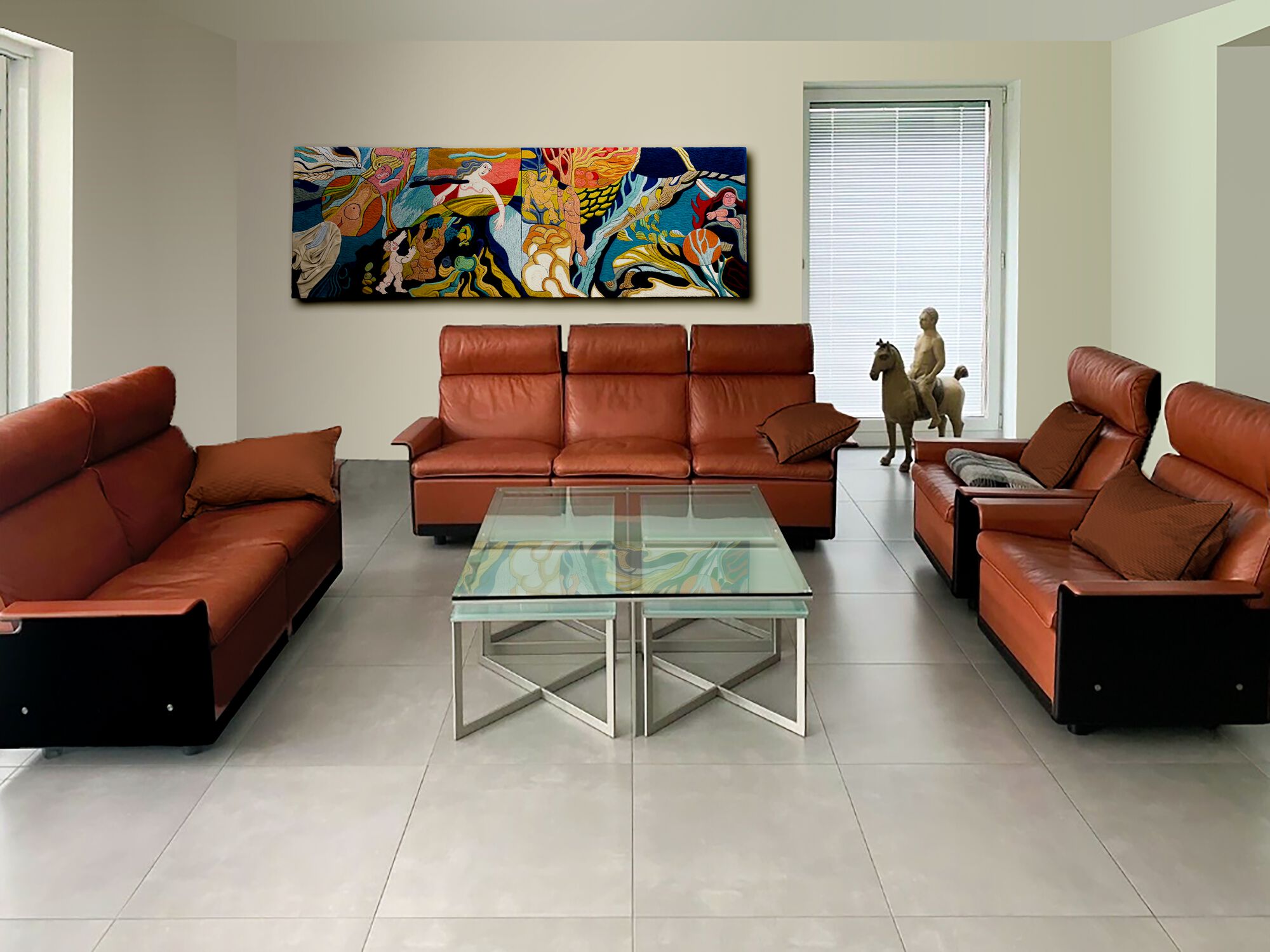 Large format commissioned work in tens of thousands of stitches. Worked on different levels according to your own templates. Diverse materials, especially valuable the gold thread from Japan. Fabrics laid in folds. Threads drawn over cords, which create a relief-like effect. Embroidered, signed and dated: Anemone 1977. Inscribed on the reverse: Anemone Schneck Steidl, Munich 1977. "The four seasons"

From 1952 to 1954, she completed an apprenticeship as an embroiderer in the Wettenhausen monastery with the completion of the journeyman's examination. She then studied painting and illustration at the Academy of Arts in Munich as a master class student of Richard Seewald. In 1957, at the same time, she passed her master craftsman's examination as a textile designer in the craft, specializing in embroidery. Then she opened her own studio and began her career as a freelance artist in Munich.